Home The Formula: How To Make A Video Go Viral

The Formula: How To Make A Video Go Viral

Why do some YouTube videos go viral, attracting millions of viewers, while others fail?

Tricks, such as using babies, pranks, stunts  and humor, work well sometimes but not always.

Why is that? Researchers at the University of Melbourne believe they have some of the answers.

They say they've identified a formula which explains why some branded videos are passed on more than others.

They studied more than 130 YouTube videos created by some of the world's biggest brands, and identified patterns which form the basis of what they call a “branded viral movie predictor (BVMP) algorithm”.

“The key towards understanding how viral messages spread is understanding what motivates people to transfer information to others, and what makes others act on that information,” says Dr Brent Coker, who is an Internet consumer psychologist. 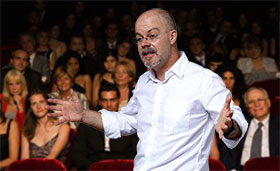 On his blog, Dr Coker (right) tends the use academic words, but don't let that put you off. Remember, the rewards can be huge. If you figure out how to make a promotional video go viral, you can get millions of hits quickly.

Dr Coker, who is also the inventor of Webreep, a website feedback tool, says on his blog:

“Richard Dawkins drew similarities between packets of information that spread down through generations, and Darwin's theory of evolution. He named these packets of information ‘memes', after the biological concept of genes. According to Dawkins, a packet of information needed to be ‘fit' in order to transfer or replicate. In the same way genes need to be fit to survive extinction, so too do memes need to be fit in order to be transferred. The prediction of survival therefore rests on the degree of fitness. Figuring out what makes a packet of information ‘fit' is the basis of developing an algorithm that can explain and predict messages spreading virally.

“There are four elements that need to be in place for a branded movie to become viral: congruency, emotive strength, network-involvement ratio, and paired meme synergy.”

All four of the following elements are needed for a branded video to go viral:

1. EMOTIVE STRENGTH: “Quite important” is the amount of emotion the video evokes. Stronger responses are tied to emotion.

Here's how Dr Coker explains it:

“Information that evokes a strong emotion sinks into long-term memory, and benefits from multiple episodes of processing. Emotion may come in many forms, in different combinations, and in contrasting strengths. Disgust and fear are powerful, and are relatively immune to extinction. Sentiment can be equally as powerful, but is more dependent on the network-involvement ratio (see below). Humor and happiness are weaker, and tend to turn reliance onto the other three elements for survival.”

If you're aiming for humor in your viral marketing, mere humor isn't enough. “It's got have either some sort of cringe factor or it's got to be laugh-out-loud funny … it's got to be hilarious.”

There's a whole range of emotions to consider. Nostalgia is another one. Here's a partial list, from Wikipedia:

2. NETWORK INVOLVEMENT: The message must be relevant to the “seeded network”. By “seeded”, Dr Coker means where the video starts. YouTube is a popular place to start a branded video, “but it has to really kick off, to get going, to begin with”. To do that, it has to appeal to a certain demographic.

“For example, universities are a great place to start viral movies because students are so close to each other and they're similar in the way they behave and have similar values and so forth. Facebook could be considered a viral tool that started off in universities.”

The “office-workers-who-have-a-degree” network is fairly similar in some ways to the university student network, so viral video clips can spread well there, too.

3. CONGRUENCY: The branded video needs to be consistent with brand knowledge. Judgments towards brands are shaped to a large degree by past knowledge. Our minds are full of a series of associations that are attached to a brand, Dr Coker says. Our feelings towards a brand are shaped by these associations.

“Harley Davidson for example. That is an extremely powerful brand … so powerful that people tattoo that brand on their body. The reason why that brand is so powerful is because it matches the target customer's lifestyle very closely.

“Apple is another one. It's very difficult to find a PC in the lecture theaters now – every student has got an Apple computer … The Apple personality matches the student personality.”

4. PAIRED MEME SYNERGY: Videos go viral only if they also have the right pairings of certain memes or concepts.

On his blog, Dr Coker lists some meme elements the University of Melbourne researchers have identified. They called them:

So far, Dr Coker has not publicly explained most of the meme-element names – we'll have to wait for his book for that. However, you can probably guess what most of those names mean.

Also, he hasn't given us a vitally important bit of information – a list of perfect pairings of elements. To make a video go viral, we need to know a missing piece of the formula – which ingredient to pair up with another ingredient. Again, we'll have to wait for the book.

However, he explained two of the meme elements for me.

A “Voyeur”-style viral marketing video uses a “shaky iPhone effect”, which makes it look as though the movie was taken by an amateur, although it could actually be a branded video made by an expensive marketing agency.

Another element, “Eyes Surprise”, means unexpectness, or “They actually did that!?”

Did hooded graffiti artists REALLY sneak past guards with dogs, climb a barbed-wired fence and spray-paint a slogan on the President's plane?

Pranksters from Marc Ecko Enterprises were responsible. The grainy, amateur looking video was an expensive promotional movie for a New York fashion company. The pranksters had rented a 747 and painted one side to make it look like Air Force One.

While analyzing successful branded viral videos, the University of Melbourne researchers noted certain patterns of memes that appeared effective only when paired with certain other memes.

“Anticipation” works with “Voyeur”, but not on its own.

Dr Coker told Life's Little Mysteries that “Voyeur” works well with “Simulation Trigger”, which is when “the viewer imagines themselves being friends (with the people in the video) and sharing the same ideals”.

“Of course it is entirely possible more than one pair could be combined; we have only begun to look at BVMP success when meme elements synergize in pairs,” he said on his blog last year.

A youth throws a stick of dynamite into a river, creating a wave on which his friend goes surfing.

The 80-second video clip prompted fierce debate about whether or not it was fake. The UK's Daily Mail reported that the viral marketing movie was one of a series of advertisements with an “urban surfing” theme by Quiksilver. It was created by Simon Wooller of Saatchi & Saatchi.

“You've probably seen those flash mob dance virals where people start dancing in a train station. However, something just happening impromptu is not enough by itself to create a successful viral movie. The ‘Impromptu' meme has to be paired with one of the other ones, such as ‘Extreme Entertainment'.”

For viral marketing success, just be people doing crazy things is not enough.

In some of the recent viral videos he has been studying, it's very difficult to know that the video is actually sponsored by a corporation.

“We call this pull marketing. It draws the consumer in to find out more about the brand on their own volition.”

Your branding must be subtle.

As you might expect, it's possible to find exceptions to the “Be subtle in your branding” rule. Here's a branded video on YouTube in which the company's promotional message is obvious at the end, and yet the video has been seen more than 400,000 times…

Can you figure out which paired elements help make the Grandma video popular? I wonder if it's an unusual combination of unexpectedness (“Eyes Surprise”) and “Anticipation”. By the time Grandma has risen from the dead a couple of times, we might anticipate she will do it again.

“Sex doesn't sell when it comes to viral. People feel a little uncomfortable about sharing it. That's what viral is all about – it needs to be able to be shared and shared very quickly.”

Dr Coker, who is based with the University of Melbourne's Faculty of Business and Economics, is going to try to make a video containing the necessary elements to make it go viral.

He says a book explaining more about how to make a video go viral will be published this year.

May 27, 2012Allan Gardyne
The billionaire who struggled with examsToo Busy To Build A Website?
Comments: 3